An Almost Decadal Update to the Most Important Geospatial LOD Standard

An update to GeoSPARQL was proposed in 2019 to deliver a version 1.1 with a charter to: handle outstanding change requests and source new ones from the user community and to "better present" the standard, that is to better link all the standard’s parts and better document & exemplify elements. Expected updates included new geometry representations, alignments to other ontologies, handling of new spatial referencing systems, and new artifact presentation. In this paper, we describe motivating change requests and actual resultant updates in the candidate version 1.1 of the standard alongside reference implementations and usage examples.

We also describe the theory behind particular updates, initial implementations of many parts of the standard, and our expectations for GeoSPARQL 1.1's use.

Figure 1: The basic class model of GeoSPARQL with some classes new in version 1.1, such as the Collection classes. 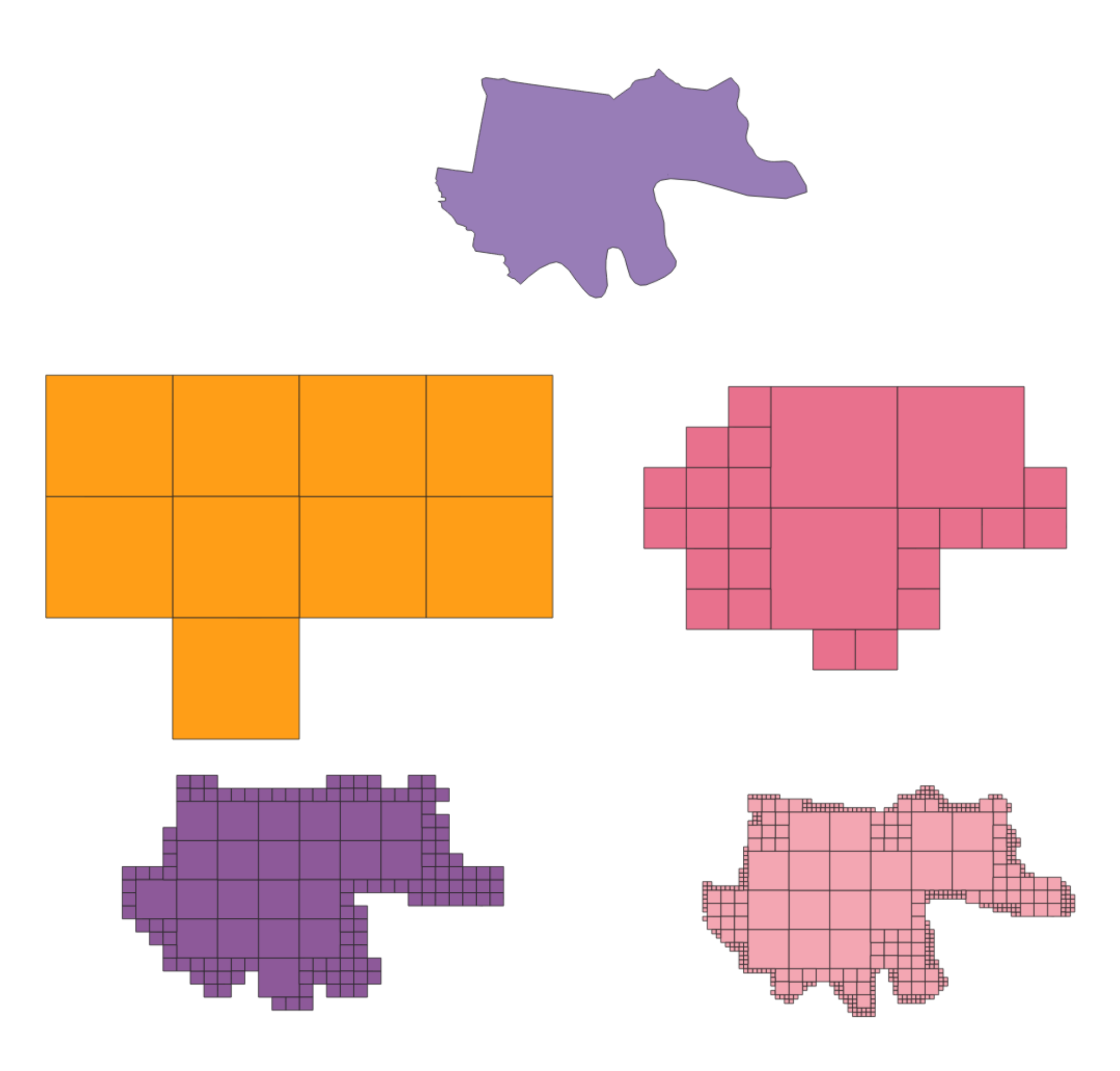 Figure 2: A traditional geometry (a polygon) and Discrete Global Grid System (DGGS) grid geometries for an object at different resolutions. These DGGS geometries can now be included in GeoSPARQL data due to SURROUND's work in GeoSPARQL 1.1.